Baby Mario is Mario in his early years.

At the start of the game, a stork was seen carrying twins to their parents. Kamek zoomed by and tried to kidnap both Baby Mario & Baby Luigi, but only got Baby Luigi. This left Baby Mario falling into the sky and eventually landed on Yoshi's Island on a green dinosaur called Yoshi. Yoshi decided to take the baby to his friends and they all agreed that they would take the baby to his brother.

Other Appearances in Mario games 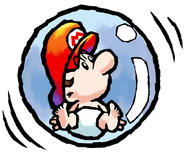 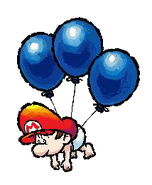 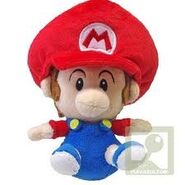 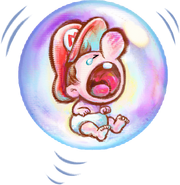