Yoshi's Cookie is a puzzle game released for the Super Nintendo Entertainment System and later the Game Boy. It is also available for the Wii's virtual console. It can be considered the Mario version of Tetris or another version of Yoshi.

In the game, the tiles are called Cookies. The objective is to clear tiles by putting matching tiles next to each other. When the player does this, the tiles will clear and the player will gain points. If the tiles overflow, the game is over. 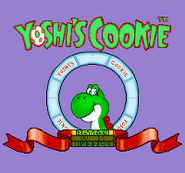 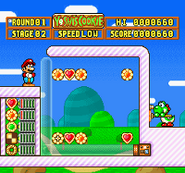